Skip to content
Home Blog Why the Gut-Brain Axis is Important for your Kid? 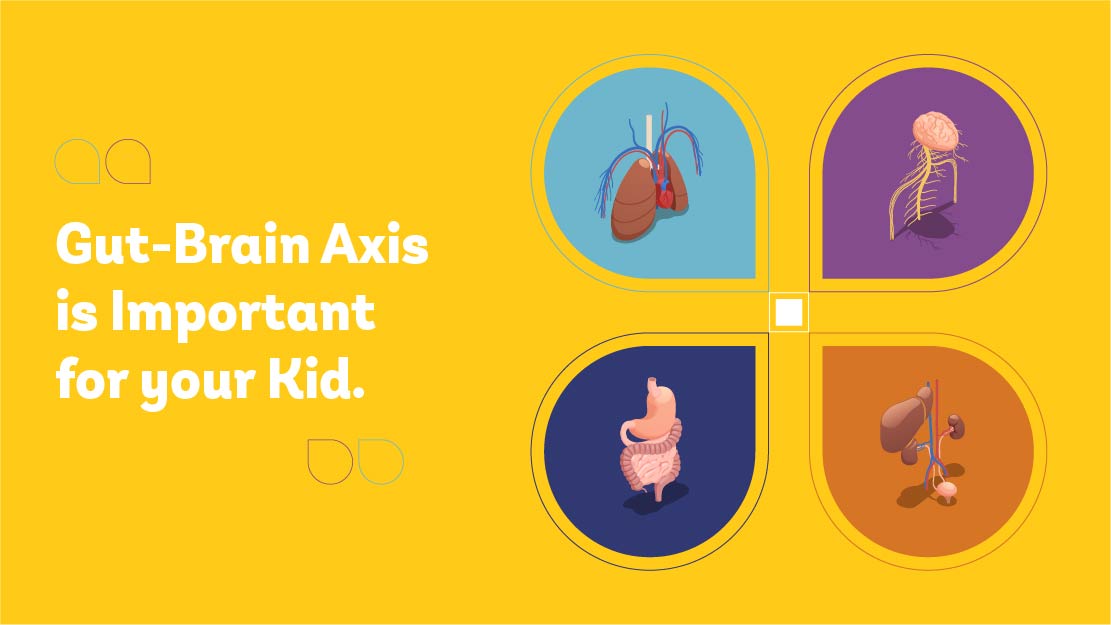 Why the Gut-Brain Axis is Important for your Kid?

As a parent, one of the things on top of your mind is the food your kids eat. You want to see them in good health. A healthy body is a host for a healthy mind and a pre-requisite for good performance when your kids are getting STEM education, coding for kids and robotics for kids.

In this context, the connection between the gut and the brain has become a hot subject of study. The gut-brain axis is the signalling between the central nervous system in the brain and the gastrointestinal tract or the intestinal functions.

To see your kids performing well in the STEM field, you must read more about the connections between your kid’s belly and the mind. This will help you to provide the right learning environment and kids can learn problem solving and perform well in science, technology, engineering and mathematics subjects

Machine Model of the GBA

The understanding of the digestive system was mostly seen in isolation and independent of the brain. It was considered to be functioning like a machine.

It was seen as a simplistic process. We chewed and swallowed the food, and then the stomach digested it with the help of mechanical grinding forces and concentrated hydrochloric acid. The small intestine then absorbs the digested food, and any undigested food is passed on into the large intestine and is disposed of.

However, the digestive system is way more complex and delicate than the understanding via the machine model. However, research highlights connection between the gut and the brain, revealing their dependence on each other.

The gut and the microbes influence our basic emotions, pain and social interactions. The communication between the gut and brain also impacts the decisions we make.

The Powerhouse called the Gut.

The connection between the gut and the brain is hardwired in their anatomy and enabled by biological communication signals circulated through the bloodstream.

The gut has a nervous system known as the Enteric Nervous System or ENS. It is also called the “Second Brain, ” boasting 50-100 million nerve cells. The gut also contains the largest cluster of immune cells, with more cells than in any other body part, as they are exposed to dangerous microorganisms in what we eat.

The cells destroy harmful bacteria contained in what we eat. They do this by identifying a handful of potentially harmful microorganisms in our stomachs among trillions of friendly bacteria. This friendly bunch is called the microbiota, and this unique ability of the immune cells ensures that our gut microbiome coexists with us in perfect harmony.

The gut also houses the largest amount of serotonin, a signalling molecule. Serotonin coordinates the contractions responsible for food movement through the digestive system. However, beyond just the intestinal function, serotonin also plays a vital role in regulating sleep, appetite, moods, pain and overall well-being.

The presence of specialized cells and signalling systems points to the crucial function as a vast sensory organ. It can encode information in the food as signal molecules from sweet to bitter, hot to cold, and spicy to soothing.

The gut signals that reach the brain carry signals such as fullness after a heavy meal, nausea and discomfort, and feelings of well-being. The brain responses coming to the gut will also produce different gut reactions. The brain remembers these gut reactions; therefore, these gut feelings will impact our future decisions.

The gut is lined with numerous bacteria, viruses, fungi and archaea numbering up to 100 trillion, which are called the microbiome.

Research shows that our brains, guts, and gut microbes talk to each other in a shared biological language.

In addition to living inside your gut, many microbes also rest on the skinny layer of mucus and cells that line the inside of your intestines. They are hardly separated from the immune cells in the gut and the various cellular sensors that encode our gut experiences in this unusual ecosystem. In other words, they closely relate to our body’s central information-gathering systems.

Just as a disturbed brain can send messages to the gut, a troubled intestine can also transmit signals to the brain. As a result, anxiety, stress, or depression can induce or result in stomach or intestinal trouble in a person.

Foods That Can Help

Now that we know the importance of the gut-brain axis let’s look at the foods that are beneficial for gut health and keeping the GBA in good heath.

Omega 3 fatty acids help fight anxiety and depression as people with depression or anxiety are regularly given Omega 3 supplements. It also boosts cognitive performance and has been shown to promote better intelligence and reduce stress and inattention to the task.

High fibre foods such as wholegrain, fruits and vegetables contain prebiotic fibres that are good for the gut.
Some other foods that can help the gut-brain axis are foods that are rich in Polyphenol and Tryptophan. These include red wine, dark chocolate, green tea, and whole grains.

Finally, we can say that the connection between the mind and the body is not a myth but a fact supported by biological evidence. The digestive system (gut) and the nervous system (brain) together are responsible for overall health maintenance.

You would want your kids to excel in STEM education, robotics for kids and coding for kids. The effort can begin at the dining table, which is one of the easiest ways to start, before you buy robotics kits or enrol your kids in robotics classes for kids.

Previous Post
Importance of Flying Robot In STEM Education. What Parents Should Consider?
Next Post
How a Support Network Impacts Your Kid’s Creativity